On Tuesday 12th of June 2018, Kaleigh gained her angel wings and joined all the other angels who had been affected by DIPG. She had fought so courageously for over two years when doctors initially gave her 9 months. Every possible treatment was tried, yet there still is no way to defeat the evil that is DIPG and every year, more families will face the same anguish Kaleigh’s family have had to endure.

Throughout this difficult journey, Kaleigh has been an inspiration not only to the DIPG community, but to people from all walks of life and from all over the world. Her story has brought tears of joy, for when there were signs of improvement, to tears of sadness when they proved to be false dawns. But make no mistake, that although this brave, beautiful, kind and wonderful little girl’s battle with DIPG is over, her legacy lives on. She will be forever in the hearts of those whose lives she has touched, even people who were thousands of miles away and their paths never crossed.

This chapter of Kaleigh’s story has come to an end, but her story, like her legacy, will continue to live on.  The following is Kaleigh’s story told from her parents, Scott and Yang.

Like most girls her age, our Kaleigh enjoyed being a princess, attending dance lessons, singing, swimming and playing with her friends. But more importantly being the loving daughter to us and the caring big sister to her younger brother Carson. We are a very typical family and have always lived in the Essex/ Woodford area where our 2 children attended the local neighbourhood school and my wife and I would commute into London to work.

On Thursday 14th of April 2016, she didn’t seem her usual self. She had complained of double vision which we had put down to the cold she had been carrying, which we thought was getting heavier and had decided to keep her home from school.

To our relief, everything appeared to be okay the next day and Kaleigh was well enough to attend school and get back to being the vibrant little girl we all knew and loved.

We were eating breakfast on the morning of Saturday the 16th of April 2016 before getting ready for Chinese School, when Kaleigh laughed that she could see two of me, and we noticed her left eye turning slightly inwards.
I got in contact with a friend who is also our optician to ask for his opinion. He suggested we took Kaleigh to Moorfield eye hospital where they confirmed double vision but the eye was healthy but suggested we should get further checked out at a general hospital.

We were taken to Royal London, where they carried out a CT scan at 4.30pm, followed by a MRI scan at 9.30pm, with results close to Midnight, when we were told a lump was found in the brain area but weren’t able to elaborate on the information. 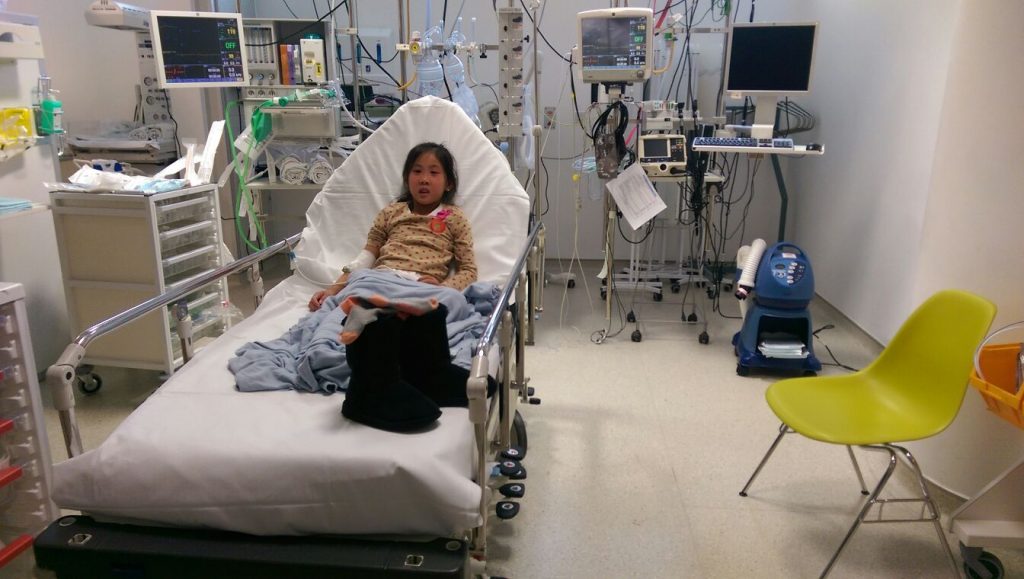 We were transferred to Great Ormond Street Hospital at 3.00AM on Sunday 17th of April 2016, where we met with other doctors and they showed us the scans and highlighted the abnormal tissue they had identified. Yang and I were taken to a room to have a further discussion with the consultant at 11AM regarding the abnormal tissue, and advised they would provide a plan of action by Tuesday morning after their multi-disciplinary meeting.

Tuesday 19th April 2016, this was the day our world turned upside down as the consultants confirmed the diagnosis that Kaleigh had developed a condition called DIPG.

At the time, we had little knowledge of what this was except we were told there is currently no known cure and this news was devastating and left us distraught. Yet, as would any parent in our position, we will do everything we can and cling on to any glimmer of hope possible.

Monday 25th April 2016 was the start of the first of 30 scheduled sessions of Radiotherapy which was completed Tuesday 7th June 2016 at University College of London Hospital.

THE FIGHT
Kaleigh during her battle, managed to go into school occasionally to see her friends even if it is only for about an hour.

After one of the MRI scans, the tumour reduced by half, which was more or less the predicted effect from the radiotherapy. We had hoped that the tumour continued to shrink, although conventional wisdom told us that we were in a “honeymoon” period, and the tumour would eventually grow again and in a more aggressive manner.

During this period, Kaleigh displayed no symptoms typical of DIPG, and we were very thankful for this.

As a family, we tried to enjoy moments together such as meeting our friends and going out more, so that Kaleigh would have a stronger and more positive outlook. She understood that she was unwell, but may have not comprehended the gravity of the situation. She was a very smart kid, and maybe she knew more than she let on.

At the same time as the radiotherapy sessions, we also explored alternative therapies.

Traditional Chinese Medicine and a healer in Ireland

The Chinese Doctor we see weekly or twice weekly, and it took us a while to find what we thought was a doctor that understands this illness. Whilst TCM may not be able to provide a cure, it is more about improving her general health and recovering from the effects of radiotherapy. We also understand that the doctor is trying to control the tumour to minimize the effects. This is a costly exercise, but whilst Kaleigh remains relatively healthy, we will pursue this channel of treatment whilst we continue a search for a cure.

All the time we are speaking with medical experts from all over the world, but we understand that UK is probably at the forefront in terms of treatment. Trials are limited, and spaces on these trials are even more limited. Coupled with the timing of trials and the status of the patient, it makes it difficult to execute the next step for Kaleigh.

There was the alternative path of taking the compassionate route (this is where we pay to be on the programme), if there is the possibility of a spot on one of these trials, there are the associated medical costs. Although we didn’t have the exact figures, the treatment ran into tens of thousands of pounds, and this is further compounded if we need to take Kaleigh abroad to seek treatment.

After much research, Kaleigh went to Monterrey, Mexico to be part of pioneering treatment, which seemed to show some signs of positive results. It was far from a cure, but for an illness that has no cure, this was, after much research and consideration, seemed to be the best move. After numerous trips and various treatments, we are sad to say that in the end, is was unsuccessful. Yet, we believe with more research, there will be a cure one day so no other parents will have to make funeral arrangemens for their child because of DIPG. 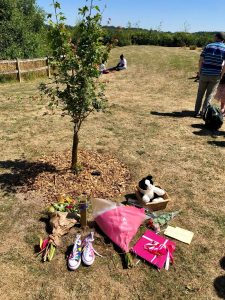 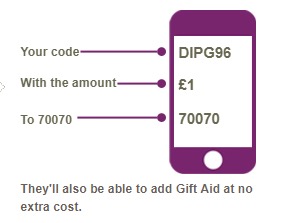